Only action from Executive Session was to appoint someone to North Texas Water District Board.

1. Safe Boating Week. Our city emblem is a boat. We live next to a lake full of boats. There are tons of private docks on the lake for boats. We invested in the boat launch at 66. We have several private marinas. Rockwall seems to be boat friendly, right?

Did you know if you have a boat the city government doesn't want to see it?

C. Storage of Vehicles. On lots less than five (5) acres, trailers, motor homes,
trucks (greater than 1.5-ton capacity), camper cabins, non-street legal
motorcycles (including all-terrain vehicles, dirt or moto-cross bikes , or similar
type vehicles) boats, farm machinery, or similar equipment, excluding golf
carts, shall not be parked or stored on any residential or agricultural lot or the
adjacent street except when in conformance with the following provisions:
1. Such equipment shall be located beside or behind the primary structure
and back from the nearest corner of the front façade of the house a
minimum of 10 feet, (if such equipment is 6 feet or less in height, the 10
feet minimum setback shall not apply), and
2. On lots less than one and one/half (1.5) acres shall be screened from
view of public street rights-of-way with a minimum 6-foot solid fence or
equivalent landscaping, and
3. On lots less than one and one/half (1.5) acres, equipment taller than 8
feet above grade shall respect a 3 foot setback from all side and rear
property lines; and
4. If located on a lot which is less than one and one/half (1.5) acres, it shall
be parked on an approved surface of concrete, asphalt or stabilized
gravel.

You can have a boat, but don't let anyone see it (except on the water)!

Anyways, the US Coast Guard Auxiliary was present to talk about boating safety. Lake Ray Hubbard is one accident away from becoming Lake Lewisville!

2. Stephen Straughn the new head of Rockwall Boys and Girls club wants a rental fee waiver for an upcoming event at the Harbor. (This came up at last meeting to waive fees for civic group events. It was also mentioned by Mr Straughn that it was an issue brought to council when he was on council a few years ago, and noted that Margo Nielsen supported the idea. I am guessing that the idea did not pass, or he would not be here asking now. What was his vote then? Just wondering.)

The amount being asked to have waived is $800.

Margo Nielsen made a motion to approve.

Quote from Glen Farris November 26, 2009: "I am appalled at The Rockwall News and the Boys and Girls Club of Rockwall for implying that the City of Rockwall should give up economic development opportunities and bail out a nonprofit organization. It is not the responsibility of any City to ensure that non-profits thrive or even survive. The Rockwall County Kiwanis (of which I am a member) just gave the B&G club $1,500.00. I have supported the organization in the past through Leadership Rockwall and attending their functions. Other Council members have been board members in the past. As a reward the Rockwall City Council and the City of Rockwall gets slammed by a website and others for not bailing them out. My support ends here."

Well maybe it ends after he votes to waive (read: give) $800 to the Boys and Girls Club.

Second point, alcohol will be sold at this event for children that will be attended by children at this park (and a park by another name is still a park, don't shovel that "Outdoor Entertainment Area" stuff this way.)

Why didn't councilmen Sweet and Scott voice disapproval at alcohol sales at this park as they did to a 7-11 which will only be selling alcohol near a park? Not even one peep about alcohol possibly contributing to the delinquency of minors in attendance.

3. Presentation of the Parks and Open Space Plan aka World Is In Financial Crisis, But To Hell With That, Let's Spend Some Money Plan.

Data from the 2008 citizen survey was presented. The wants of the citizens don't seem to match the needs stated by some council and the consultant.

The claim was made that many of those priorities would be met with #6 being built and implying that the Sports Complex should be our focus.

The oft-interrupted power point presentation ended with a summary of the priorities and costs (of which I am only showing high end of estimates given because this is government):

Lots of questions by council during and after the presentation.

I suspect much of the presentation and many questions were prepared by these guys: 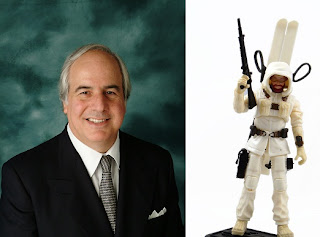 The Mayor then tried to move on to the next item, but was asked by Councilman Scott "if he (Mr Scott) missed something" to explain the Mayor's vote. Mayor Cecil stated he voted the way he voted. After being pressed again by Councilman Scott, the Mayor stated he did not have to justify his vote to Mr Scott.

1. A Honda dealership wants to open in Rockwall, but is having difficulties with the franchise process. The developer needs an extension on an SUP, so that when the issue is resolved, construction can begin.

The staff recommendation is to add language to force the dealership to do that which they had planned to do voluntarily, namely construct a LEED Gold building.

Some council considered not extending the SUP because this "valuable real estate" is being tied up and it could be used for something else. I am sure that if any of those council members made a reasonable offer to personally purchase that land, the developer might consider selling it to them. Of course, none did.

SUP approved for another year 7-0.

2. Fella from last time that wants all his land in one ETJ or the other, preferably McClendom-Chishom's than Rocwkall's.

Glen Farris asked if any land swap negotiations were done or if the land was just outright being removed from Rockwall ETJ and given to McClendom-Chisholm; none were and yes to the latter.

No one from council was yelled at by other council members for changing their vote due to not being smart enough or diligent enough to investigate the issue before hand. (It's happened before!!)

4. Changes to the Youth Advisory Council. Glen's idea: If kids from cities that go to RISD schools want to participate in City of Rockwall sponsored YAC, the other cities will pay for their residents' involvement.

Motion was made and passed to have Glen talk to other mayor's in RISD to talk about paying for their residents to participate in City of Rockwall YAC.

(Off note: Matt Scott noted his property evaluation being down, David Sweet made a joke Matt's mere presence in the neighborhood was the reason. This got a great chuckle, but all I could think was, "Mayor's race starting early!"

From this point it should be considered that the property evaluations are down city-wide. This means less tax money for the city. Combine that thought with the expensive park plan when you vote on the multi-million dollar luxury bonds next year.)

1. Last item was to schedule some work sessions. Many conflicts, no resolutions. Stay tuned.
Posted by David White (aka Caged Monkey #12) at 9:04 AM 7 comments:

I have been accused of hating Rockwall. This is just a ridiculous statement. Those who make this claim confuse my distaste for council actions as "hate" for my hometown. The true nature of liberty-loving conservatives: skepticism of the intentions of government in general. We have many on council who favor the idea of big-government as the answer to all our woes. "We the people" are the answer, not seven souls who sit at the head of our city government, regardless of who they are. We must fight government intrusion of our liberties at all levels of the governments in our lives: local, county, state, and federal. That is what I will do as your councilman: help protect life, liberty, and your pursuit of happiness.
Tomorrow is the final day to vote. If you haven't, please do. And remind your family, friends, and neighbors as well.

1. Council unanimously acted to "enforce termination of lease" the city has at the Shores Golf Course.

3. Appoint someone to Land Use committee.

-"Bikers" aren't known for their love of motorcycle safety equipment. Most choose to ride sans helmet or other protective gear.
-"Stryker" while shaking hands and talking to the Mayor had a giant patch on her vest letting us know she was a member of the "Sh*tcrew"
-The whole club came to get a picture with the mayor and I noticed "Squirrel" (President of club, I think) had a large patch on his jacket of a skeletal hand letting all who notice said patch that the observer is "Number 1".
-I didn't see any motorcycles in the parking lot despite there being 10-15 bikers present.

Regarding the third site plan (First Baptist Church new Youth Building) for the evening, P&Z expressed concern over the "look" of the building and how it affects the southern "entry" to downtown. Another "entry". Is this the new meme that will be used to block progress? This is the 3rd time it has been used now. P&Z wanted FBC to replace a fairly new 6ft cedar fence with a masonry wall , but settled for an 8ft cedar fence with masonry columns on 45ft centers. P&Z vote was 6-1.

2. Rockwall FD and the Rockwall Committee on aging got a "free" grant to purchase safety equipment for elderly and disabled folks. 420 kits will be distributed throughout the county.

An emergency radio that works on several power sources and receives emergency alerts. ($85 at Radio Shack, city price is Top Secret.)
Wireless alarm unit with a flashing light (for the visually impaired -not my words) and a siren.
Smoke Detector and CO Detector.
Bed Shaker (The Mayor asked if he could get one.)

Councilman Sevier wanted to know why this wasn't done regularly since it was revealed that Charter is often found deficient in these audits. City Manager answered that we are doing it now.
The question was repeated, with same answer given several times.

Also, Charter may or may not continue to maintain the fiber network between city buildings, it will depend on the cost vs alternatives like wireless.

4. Guy wants to be able to sell stone-like sign covers for metal signs. 2 problems: Changes size of sign and it wouldn't meet the masonry requirement. After lengthy discussion, it was allowed 7-0.

NOTE: If you are appearing before council for what you think is a simple issue, be prepared.

Write down everything you want to say.
Have a clear presentation of the problem from which you are seeking relief .
Have a clear solution for the problem.
Get ready for vague questions and the occasional accusation.
Talk to at least 2 councilmen prior to the meeting detailing your issue.
If possible get a lawyer to talk for you (or someone who talks to obstructionists for a living).

1. A man (who recently was publicly accused of making snide comments about council. No, not me.) wants to split his lot into two. Passes 7-0.

2. Change the quarantine requirements for dogs after biting incidents.

-Last year 44 dog bites resulted in no cases of rabies.
-The Animal Adoption Center euthanized 41% of the animals taken in last year.