The euthanizing will continue until morale improves. 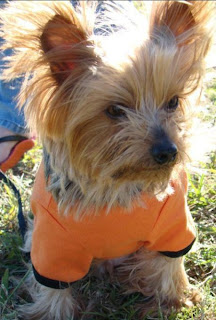 Edited since first posted. I guess we are "No Kill" without calling ourselves "No Kill"? 10% killing ain't killing.

No increase in budget is expected.

Dogs and cats will never be more important to me than real city issues.

However, if this does interfere with funding essential services....

The Rockwall City Council voted unanimously Monday night to make Rockwall a No Kill community. It’s the culmination of a volunteer-driven campaign by Rockwall Pets, an independent nonprofit, to stop the killing of healthy and adoptable animals at the city shelter. Following meetings between Rockwall Pets board members and city management, the issue was sent to the city council.

The council directed city staff to maintain a minimum 90% live outcome rate at the city’s open-admission municipal shelter. The city must now adopt, return to owner, or save the lives of at least 90% of the animals it takes in. The No Kill Advocacy Center established what has become the industry standard, allowing a maximum euthanasia rate of 10% for animals who are gravely ill or irredeemably aggressive.

Using marketing, community relations, and off-site adoption strategies, the volunteers of Rockwall Pets came close to achieving the No Kill goal singlehandedly this year. The live outcome rate for the Rockwall Animal Adoption Center was 86% during April and May, when the nonprofit scrambled to adopt out pets from the suddenly full facility. The city council noted this effort during a discussion period preceding its historic vote.

It may take as long as two or three months to retool Rockwall Animal Services to meet the council directive. In the meantime, councilwoman Margo Nielsen asked city staff to present a revised euthanasia selection protocol at the next council meeting. Rockwall Pets hopes this overhauled procedure, coupled with ongoing efforts from volunteers, will begin saving more lives immediately.

“Everyone at Rockwall Pets appreciates the Rockwall City Council for their dedication in making our town the best place to live for people and their pets,” said Rockwall Pets board member Pam Kitkoski. “We're so proud that we have the second city council in Texas to create a No Kill community.”

The Austin City Council was the first in Texas to mandate a No Kill initiative with its vote in March 2010. After launching its 34-point No Kill Implementation Plan, Austin has a year-to-date live outcome rate of 90%, and 93% of its animals were saved during July. As a comparison, Rockwall has year-to-date live outcomes of 77%, with 83% of its animals saved during July.

Volunteers organized by Rockwall Pets have made a huge difference. Just three years ago, prior to volunteer involvement, the city was killing more than half the animals that entered the shelter. Rockwall Animal Services reported live outcomes of only 46% in 2008.

The No Kill initiative kicked into high gear when Rockwall Pets incorporated as a nonprofit in late May. The organization began collecting donations, planning to rehabilitate sick and injured animals. When the shelter suffered a large influx of cats and kittens during June, Rockwall Pets saved the lives of numerous adult cats by sponsoring an impromptu fee-waived adoption program.

The group’s current promotion is “Summer of Love: 60s Power!” which encourages the adoption of pets who’ve spent more than 60 days at the Rockwall shelter.

“We’re so happy we decided to begin taking donations, because all those funds go directly to help the animals,” Kitkoski said. “Most donations to the city shelter are used to buy equipment and other things, and that money must be approved by the city council before it’s spent. At Rockwall Pets we use our donated funds to save lives immediately.”

Following its vote Monday night, the city council has made saving the lives of animals official business in Rockwall.

Did you check the lost and found?

It's been a while, but time demands as well as staying within the laws of the Open Meetings Act make it difficult to write this blog. It's also less fun when professionalism and respect for other councilmen limit my "snarkiness".

However, Monday evening's events were important enough to write a quick post about the bond election.

Council was considering calling for a bond election in November for a bond package in the neighborhood of $60,000,000. That's about triple our current operating budget just for a point of reference.

10 Signs the Double-Dip Recession Has Begun

Is Rockwall about to file bankruptcy? No.

Is Rockwall in financial trouble? No.

Are we meeting our debt service and other bills? Yes.

Do we want to continue on a path of sound financial stewardship? Enfer Oui. Pardon my French.

We voted to delay holding the vote to call for the election until January. We will also conduct a financial review to see if it makes sense to call for a May election on this bond package.

A lot can happen. We hope it will get better, but if it doesn't?

It is also important to note that if the bond election passes, we would not be responsible for any debt - immediately.

We only start paying on debt service when we issue the bonds to pay for the individual projects.

None of these issues are dead, merely delayed.